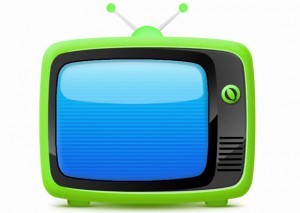 Like you, I have a few television programs I rarely miss. I tend to drift toward cop programs that are well written with great actors and at least some semblance of morality (like Blue Bloods).

As an avid reader and rookie writer, I know that most good stories follow the S.C.C.R. approach. They provide the setting (S) and then create a conflict of some sort (C) followed by a riveting climax (C) that ultimately leads to a feel-good resolution (R).

In the brief span of an hour, we are taken on this familiar journey. The more driven the story is the more intrigued and entertained we are. (Remember 24 with Kiefer Sutherland as Jack Bauer? That program was intense!) Most of what we see on the idiot box follows the same path week after week.

Have you noticed, however, that in television-land, the resolution usually happens in the last 7-10 minutes of the program? Whatever the challenge or conflict, everything usually resolves itself just after the final commercial break.

Luigi is tragically murdered. After some brilliant and witty police work, it’s discovered that his brother Guido did it, and in less than an hour the bad guy is busted and all is well with the world again (until next week’s episode).

Sure, it’s a nice plot and fun to watch, but that’s not the way things happen in real life. Wouldn’t it be great if life and death were that simple? But in the real world, nothing hard is typically fixed in less than ten minutes.

In the real world, it often takes years to resolve some problems, and some are never resolved.

In the real world, people are not as witty, smart, or ingenious in their battle with evil as Jack Bauer. Sometimes the bad guy wins.

In the real world, things rarely get wrapped up in a nice, neat little package. More often than not, life is messy.

So what? Why am I more than a little concerned with the unreality of what we watch on primetime TV?

Because I see people too often discouraged by reality. They want an easy fix, a shortcut, and a simple solution. Too many give up on their marriage, or their kids, or even themselves because they lack the mental attitude that says, “I’m in this for the long haul. Whatever it takes. For as long as it takes.”

Endurance. Long-suffering. Stick-to-it-tiveness. These qualities are not developed or encouraged through our media and entertainment-driven culture.

In the real world (at least the one I live in), life is seldom simple, problems are rarely resolved quickly, and it takes a lot of effort and time to make a marriage, a family, a friendship or a life work.

Outside of a miracle, which can happen, there aren’t many shortcuts to healing and wholeness, just a lot of hard work. So hang in there and don’t quit.

You’ve got Somone better than Jack Bauer or Tom Selleck on your side!