Someone once said, “Life’s too short to sweat the small stuff!” If by that they mean it’s better to live our lives in the present, instead of trying to live in the past, I would agree. If by that they mean some things are just not worth getting upset over, again, so true. But if they were implying that the “small stuff” is always inconsequential, I would disagree.

If you don’t think small things matter, you’ve probably never tried to sleep in a room with a mosquito. 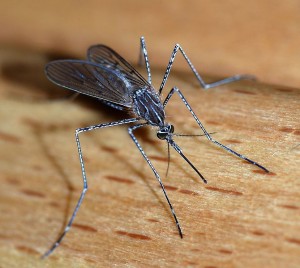 Certainly, too often we let things matter too much that really shouldn’t matter. Sometimes we do, indeed, make a mountain out of a molehill (to use another worn out cliché). Just as often, however, we tend to ignore some important small things that do deserve our attention, but we blow them off like they’re no big deal.

For example, the fact that I’m a slob who drops his socks on the floor right in front of the dirty clothes hamper rather than inside it might not really matter at first. It’s no big deal. However, about the 100th time it happens, that little thing becomes a big deal to my wife.

One small ding on my car door from a careless person in the parking lot is just one small blemish. No big deal. But a hundred dings become a noticeable dent.

I’m not trying to be a religious prude, but a little look here and little peek there can lead to a much bigger problem, it’s called lust. And for the record, there’s nothing little about lust. Jesus, in fact, called it sin.

When it comes to doing kind things for my wife, she always appreciates the big things I do for her, but she deeply values the many little things too.

Opening the door for her.

Holding her hand in public.

Calling her from the office at least once a day just to say, “I love you.”

Texting her when I’m on my way home.

Just little things. Yup! But the angel is in the details.

So how do you know what really matters? When are the little things truly no big deal and when are they potentially a very big deal?

Here are some ways to measure what matters:

4.            Did the stockpiling of what you thought were little things lead to some serious conflict?

5.            Has the ignoring of little things resulted in any desensitizing on your part toward sin or the feelings of others (remember the frog in the kettle)?

By no means am I suggesting that we become worrywarts who constantly fear that some little thing might become a huge problem. But it’s wise to stop from time to time and reflect, “Am I living in a way that demonstrates the kindness and love of God to those around me? Are there some things I’ve ignored that I should pay attention to for the health of my relationships?”

Be wise. Be careful. Don’t let a pesky relational mosquito bite you!